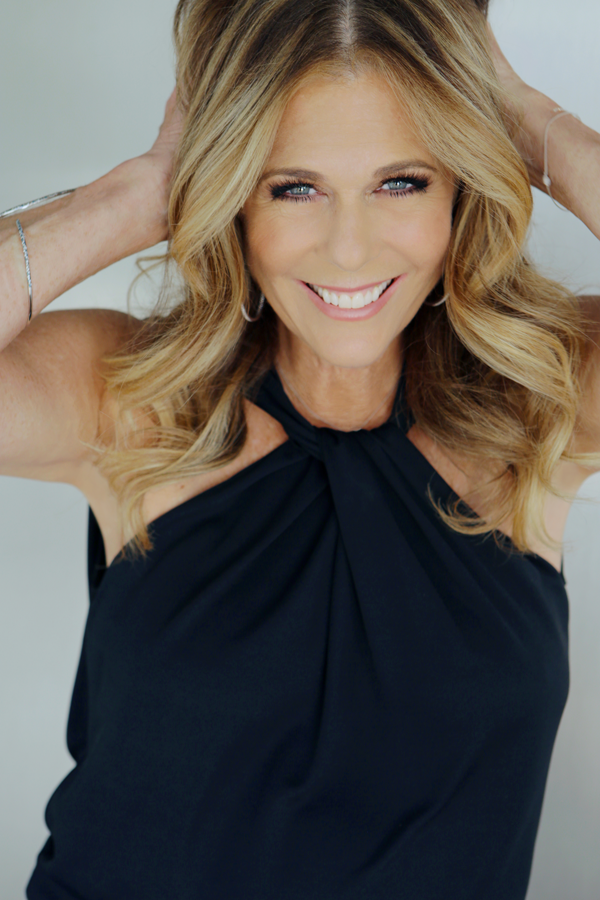 “What I’ve learned with songwriting is to always tell the truth, to never settle for something that’s just OK,” says Rita Wilson. “And to have found that at this point in my life is a gift.”

With her third album, Bigger Picture, Wilson takes a bold step forward in the latest chapter of a remarkable journey. After kicking off her recording career with AM/FM in 2012, she dove headlong into songwriting on 2016’s Rita Wilson album. But following a series of personal challenges, this time she has joined forces with some extraordinary musical collaborators and crafted a revelatory set of songs which allow her to tell stories—including her own—in entirely new ways.

Though known for her work as an actor, film producer, and activist, Wilson has accessed a powerful outlet with her songwriting. Digging deep, exploring, and reflecting, with Bigger Picture her work has entered a prolific and thrilling stage.

“Songwriting has been the most pure expression of who I am,” she says. “I love everything I do, but it’s the most intimate act you can have creatively. As an actor, you put on a character; as a producer, you have to let things out of your hands. But as a songwriter, there’s nowhere to hide.”

Bigger Picture is the first in a series of three albums that Wilson plans on releasing in the near future. “I grew up loving country music and loving pop,” she says. “But making records, you quickly get the message that you have to pick your lane and stay in it. I’m not sure what that is for me, so I set out to write an album that captured both. But as I kept going, I thought that I was actually writing two separate albums, and that it would be a disservice to try to hybrid them and end up neither here nor there.

“I also had a number of songs I loved that were ballads,” she continues. “When you’re doing a bigger album, you’re always being told not to put on too many slow songs—but I had all these songs that I loved, and I felt they were telling a story themselves.”

The songs were co-written with some of the finest and most accomplished songwriters in Nashville, including the Warren Brothers (who have scored hits with the likes of Tim McGraw, Dierks Bentley, and Toby Keith), Kristian Bush of Sugarland, Darrell Brown (LeAnn Rimes, Keith Urban, Ariana Grande), and many more. “Nashville has been incredible to me,” she says. “I think I was a bit of a curiosity at first, but the songwriting community has been so welcoming and really brought me into the fold. The sense of discipline, craftsmanship—it’s like a master class every time, but also a feeling that my ideas have weight and value. I’m always humbled by it.”

Bigger Picture delves into such themes as perseverance (“Go On Through It”) and romantic disenchantment (“Broken Man”). Wilson points to songs including “Tear By Tear”—written with Lindy Robbins (Jason Derulo’s “Want to Want Me” and “Skyscraper” for Demi Lovato) and Alex Reid (Andra Day’s “Amen”)—and the record’s title track as the kind of stories she wanted to tell. “The song ‘Bigger Picture’ is about taking stock of who you are and how you got to certain places,” she says. “As a woman, as a human being, we all consider where we’ve been, where we are, and how we got there.”

Indeed, that sense of songwriting as a means of examining your own experience lies at the heart of the project. “This album is a musical scrapbook,” she says. “A scrapbook collects souvenirs and memories and shows where you came from, and this album is about a woman looking back at her life, who was lost at some points, who’s not sure who she is. Things can knock you down and you think, ‘I remember who I was—where is that person?’ We all get to those points where we go, ‘What has happened to me?’ “

On Bigger Picture, Wilson reunites with producer Fred Mollin (Johnny Mathis, Jimmy Webb, and Kris Kristofferson), the pair last worked together on her debut album AM/FM in 2012. Wilson and Mollin initially discussed a couple of covers they wanted to try: Burt Bacharach and Hal David’s “What the World Needs Now Is Love” (“because of where we are in our country, it seemed like a song to revisit,” she says) and “The Wind” by Cat Stevens.

They cut the two songs with spare, acoustic-based arrangements—an intimate and unvarnished feel that set the tone for the direction of Bigger Picture. “I wanted to capture a sound like you’re sitting opposite someone in a little bar and they’re telling you something that’s just between you and them,” says Wilson.

Inspiration for this material came from some deeply personal places for Wilson. “The song ‘Heart He Handed Down’ is about my dad,” she says. “He escaped Bulgaria from a labor camp, got to Turkey, got on a ship, and made it to Philadelphia. Think about the courage it took to do that, the vision to create a life that was better.

“It’s not a secret that my son struggled with substance abuse,” she continues, “and I was thinking about how my dad had that vision and strength, and maybe that could get passed down to my kid. Now my son is three years sober and doing great—and, to complete the circle, he sang harmony on that song!”

“Good Man” (written with Andrew Doolittle) emerged from other thoughts about family, and about paths not taken. “My mom was a person of a very different generation, with very different thoughts about relationships,” says Wilson. “I was with someone I wasn’t happy with, but my mom said ‘Well, you’ll grow to love him if you don’t love him now.’ And I saw a lot of people that, at a certain point, just thought it was time to get married.

“But what if I actually had stayed with that person, what would that look like? I’d probably be lonely and sad and, being the kind of person I am, I would probably have stayed with him and be stuck in an unhappy marriage and thinking ‘Is this really who I am or what I wanted?’ I wanted to explore that idea.”

Rita Wilson recognizes the ways in which all of her exceptional accomplishments are connected. “Doing Chicago on Broadway was what really made me realize how much I love music and that I wanted it in my life creatively,” she says. “If you look at the bigger picture of all the things I do, the thing they have in common is the joy of human connection, and always trying to be real and authentic.

“Songwriting seems to require something else. You have to lay it all on the line. It’s scary, but it’s good to feel that kind of fear. It’s exhilarating. “